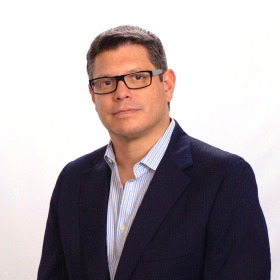 I started working in the television industry before college at Televisa in Mexico, and then came to the US to complete my studies. My college, The Columbia School, in Chicago—is dedicated to the arts, specifically film and television. I also have an Executive MBA from the Anderson School of Business at UCLA.

Upon graduation from Columbia, I went to work for Univision, helping to launch a newly purchased station in Chicago, converting it from an English local station to a Spanish-language O&O. After working my way up to Promotions Director, I was promoted to the same position for the flagship station in Los Angeles (with a stop in between at launching the company’s entity in Puerto Rico).

From LA, I moved to Miami to lead the promotions department for the Network. While there, I launched many campaigns—but I’m most proud of the work we did for the 2012 World Cup and the company’s first domestically produced “Eva Luna.”

My wife Lori and I live in Westchester County, NY with our two children, Jake and Daniela, and our golden retriever Stella. We definitely bring an international and West Coast flair to the Northeast! When I’m not running from one soccer game to another, I enjoy watching NFL with my son and planning our next family adventure.

Responsible for leading the Univision Network’s integrated marketing team, Partner Solutions. The staff consists of 50 marketing, research and production professionals in New York City and Miami. Partner Solutions controls over $800 million in real estate across all network and digital platforms. Our 360 degree platforms generated over $1.1 billion in revenue in 2014.

We present and strategize with C-suite executives at America’s leading corporations. This team drives campaigns from ideation, presentation, through close of the sale to on-air/online execution. Along the way we collaborate with various internal stakeholders across our television, radio, digital and experiential divisions; as well as, any outside resources we employ to make our clients’ programs successful and profitable.

As Director of Promotions for America’s leading Spanish-language broadcaster, my team was responsible for the overall creative definition of the network brand identity, with the ultimate goal of maintaining and increasing viewership and awareness.

The first undertaking was to create an “in-house agency” using Univision’s internal resources to elevate the on-air look of the network and drive ratings. My staff consisted of 40 persons working around the clock. We produced all episodic and evergreen promotions; as well as, developing campaigns to launch new programming. This included a very innovative campaign for the 2010 World Cup, the highest-rated novela in Univision history,“Soy Tu Duena,” and the first domestically produced novela, “Eva Luna.”

In this role I was part of a new executive team that made KMEX-TV the highest-rated television station in the country, regardless of language. Upon arrival to LA, and after assessing the current situation and resources, a total restructure of the marketing, promotions and production department was undertaken.

During this time, I also executive produced several network shows including the Rose Parade and El Grito de Mexico (Mexican Independence Day). The KMEX Promotion Department won three area Emmys during my tenure: for an English-language public service announcement (US Job Corp), for the Rose Parade broadcast, and Excellence in TV Graphics.

After purchasing the station from Raycom Communications, corporate asked my assistance to completely rebrand the station. While there I created and executed a new media strategy and purchased outside media (print, outdoor and radio), and set up the initial operating budget for the marketing department.

Executive Program in Management Class of 2005 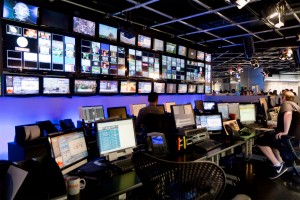